When his mother died of HIV/AIDS in 2017, Kato* was abandoned by his father at just seven years of age and left under the care of his 87-year-old, visually impaired grandmother. He was not supported by his extended family and was treated like a burden.

Kato was also HIV positive and, after taking antiretroviral (ARV) drugs for over five years, his viral load was not suppressed and his health deteriorated. He was frequently absent from school due to illness, as well as a lack of school fees. Kato and his grandmother sometimes went without food, and a combination of all these challenges led him to stop taking his medication. He had no one to help him take it daily. “I just wanted to die and meet my mother,” the young adolescent recalls.

In July of 2021, Kato’s viral load tested at 327,688 copies per ml of blood — a high level, requiring immediate attention. Providers at the Kiwangala Health Center III held a case conference for Kato where they discussed potential changes to his medication. This Health Center is one of several facilities collaborating with Masaka Diocesan Medical Services (MDMS), a partner organization under the USAID Integrated Child and Youth Development (ICYD) Activity.

On further consultation, the health facility and the ICYD team decided to pursue further community-based approaches before referring him to third line medication. Kato was then enrolled in the USAID ICYD Activity, and a parasocial worker (PSW) named Baker Kagimu was assigned to Kato’s household.

The ICYD team, in collaboration with the facility team and PSW Baker, conducted a joint home visit to determine the root causes of Kato’s non-suppression. They discovered that he wasn’t taking his medication on time and that he sometimes skipped doses. Baker was then specifically assigned as a treatment supporter for Kato. “I befriended him so he could confide in me, and I would ride more than 5 kilometers to his house every day, so we could take our medicine together,” says Baker.

In addition to support from Baker to oversee treatment and provide home-based intensive adherence counseling, Kato was linked to a community child protection organization, which helped him secure a scholarship. He is now enrolled in Primary 4 and is proud to be learning. “I used to admire other children going to school in my neighborhood. Now I feel happy and I like my studies,” he says.

As a result of Baker’s assistance, Kato’s adherence significantly improved within six months and there was no longer a need to switch his medications. PSW Baker is so much more than a treatment supporter for Kato. Not only does he help him get ART refills, he also keeps tabs on his academic performance.

“I am happy that Baker comes here every day at 7:00 am to give Kato his treatment,” says the young boy’s grandmother. “His health has improved, and I’m glad he can attend school without being sent home for school fees.” provided them with seeds to start a kitchen garden. Kato now spends his weekends farming (see left) and taking care of his grandmother.

“I used to be afraid of the (ART) tablets because they are so big and many times they would get stuck in my throat. When Baker came, he helped me get used to them. Now I take my medication at 7:00 a.m. every day. I set my alarm for a reminder at 6:55 a.m. to give me five extra minutes to get ready. I am grateful to Baker for his support,” he said.

Kato wore a big, bright smile at his most recent viral load test – which confirmed that he is now HIV suppressed, with zero copies detected.

*Kato is a pseudonym to protect the subject’s identity

In Shona language means to Learn. Its loosely translated to mean the acquisition of knowledge or skills through knowledge, learning, or training. 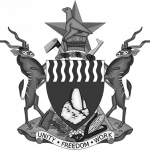